You are here: Home / Alienation of Parents & Children / Loudon Sisters Jailed for Refusing to Live with Father

Loudon Sisters Jailed for Refusing to Live with Father 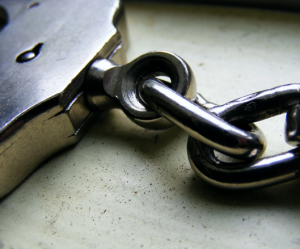 We were 14 years old when a police officer led us out of our school in handcuffs. We hadn’t committed a crime, and were dedicated students who maintained clean disciplinary records. But we could no longer abide by the shared-custody agreement our parents had signed in their divorce nine years earlier.

It mandated we spend half our time with our father, a man we had no relationship with and who largely ignored us except when he wanted something from us. When living with him became unbearable, we made the terrifying decision to use civil disobedience and refuse to go with him.

A Michigan judge imposed the same injustice on three siblings last month. Judge Lisa Gorcyca sentenced the Tsimhoni children — ages 9, 10 and 14 — to juvenile detention for refusing to meet with their father, drawing international attention. Gorcyca dismissed the children’s claims of abuse and insisted that their father, Omer Tsimhoni, is “a good man.” She sent them to Children’s Village before relenting to public outrage and moving them to a summer camp after more than two weeks.

In too many parental custody and visitation disputes, adults belittle children’s attempts to escape homes where they feel mistreated. Our father seemed to derive pleasure from controlling us and crushing our spirits. But like Gorcyca, a school administrator told us our father was “loving” and insisted that cutting him off would amount to throwing our lives away. Our friends’ parents were sympathetic, but believed what happened in our home was family business. Instead of allowing us to live with our mother full time, police sent us to juvenile detention for being “incorrigible” children.

[Editor’s note: Contacted by The Post, the authors’ father sent an e-mailed response: “Did I do everything perfectly? No. But my goal and my motivation is and always was for my children to become strong, healthy, happy people. … From the eyes of the adolescent girl, a parent’s behavior isn’t always seen clearly.”]

Judge Gorcyca justified her action by saying the siblings’ mother brainwashed them to hate their father. She told the children, “one day you are going to realize what’s going on in this case and you’re going to apologize to your dad.” But as 22-year-olds who were once in the Tsimhoni children’s position, we’re still not apologizing.

Please follow Hope Loudon on Twitter. Call to action: #StopCLA means Stop Court Licensed Abuse, which is what is happening to children all over the U.S. and beyond. Where cases can be exploited to increase profits to certain professionals, children are being punished, denied protection, medical & psychological treatment and silenced. The silencing of these children sometimes includes sentencing them to a detention center when they’ve done nothing wrong, threatening them with detention, or sending them to “treatment centers” for “troubled teens” when they were doing fine and no evidence was presented to prove they needed to be sent away or medicated to keep them quiet.

Hope Loudon is a freelance journalist now on the speaking tour helping other journalists and the public understand what is happening to children and families, how they are damaged by judicial rulings that ignore evidence, ignore the true best interests of children, and cause trauma for children that is virtually impossible to recover from. But Hope, true to her name, has shown that children can go on to rise above the loss and trauma, and can contribute to society in a meaningful way, and can be healthy and happy.  It’s just not easy and there are not enough resources to help these kids and their parents fighting for them.

Please read Hope’s work on the Huffington Post, especially related to the detention of the Tsimhoni children and the professional misconduct damaging the children and mother in this case.

Deborah Beacham is the founder of My Advocate Center, Inc., a Georgia non-profit corporation created in 2011 to serve the rapidly growing needs of families and children caught in conflict. The content that educated parents and professionals for ten years is being updated and saved for reporting purposes only.

What is Solutions-Based Journalism?
Researching and reporting are being leveraged in the development of creative solutions to help families preserve their time, energy, financial resources and homes for the benefit of their children.

Public awareness and engagement are key so Ms. Beacham launched programming for professionals serving families, reaching more than a million listeners across the metro Atlanta area. Pro Advocate Radio introduced solutions to tough issues through experts and professionals, making a different in the lives of many children and families.